Home » Conservation Week 2019 – Wellington Brings Back The Wild Side

Conservation Week 2019 – Wellington Brings Back The Wild Side 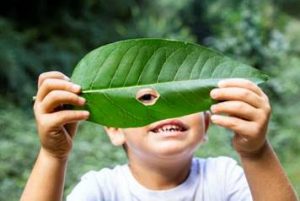 While hundreds of activities will be held throughout the country during the week, these are just some examples of the on-going and valuable volunteer conservation projects that many New Zealanders are involved in during their spare time.

The biggest on-going project involves a mass movement of Wellington locals who’re working to turn the nation’s capital city (pop: 400,000+) and seat of government into a world-first predator-free city.

Predator Free Wellington is a citizen conservation movement – a network of more than 10,000 volunteers – on a 10-year mission to turn Wellington into a citywide wildlife sanctuary. It launched in 2015 when local resident Kelvin Hastie set out to make his home suburb a predator-free zone.

As a result of this volunteer conservation work, native bird populations are thriving with many species making a significant comeback in gardens, parks and the wooded hills surrounding the city.

The latest stage began in July this year and will see a significant chunk of Wellington city pest-free within six months. It is believed to be the largest ever pest eradication in an urban area. While similar projects have successfully removed pest populations from small uninhabited areas (islands and mainland islands) around New Zealand, this is a first time in a place where thousands of people live.

Community conservationists expect to achieve stage one by turning Wellington’s eastern suburbs – the 800-hectare Miramar Peninsula – into a pest-free zone by the end of this year.

It helps that the peninsula is naturally protected on three sides by a rocky coastline, steep cliffs and sandy beaches, and separated from the rest of the city by the runway of Wellington International Airport which provides a virtual buffer zone.

Introduced pests – rats and mustelids such as stoats and weasels which prey on New Zealand’s unique and diverse native birdlife – are being eliminated by an army of dedicated local volunteers who are monitoring and trapping in their own backyards. Another wildlife threat, the possum has already been eradicated.

Miramar locals are already sharing photos on social media of birds not previously seen in their backyards.

Capital city conservation has seen a huge awakening since 1999 when an ambitious inner-city wildlife project, the 225-hectare eco-sanctuary Zealandia opened in Wellington.

Twenty years on, Zealandia has just been named as one of TIME Magazine’s 100 greatest places to visit.

Zealandia’s protected environment has had a far-reaching flow on effect for the city’s biodiversity as wildlife has thrived, multiplied, begun to populate other parts of the city and inspired the project to take Wellington to a new level of conservation.

A peaceful slice of native paradise is not what you expect to find in an inner-city suburb. The vision of volunteer conservationists, the sanctuary is dedicated to returning part of the New Zealand’s capital city to its pre-human condition.

Walk the trails or take a day or night-time guided tour through this forested valley to see the amazing wildlife that’s now making its home in the trees and around the lake and waterways.

The visitor centre has an exhibition showcasing what New Zealand looked like before humans arrived, and an excellent café. Activities are family friendly including the night time walk where you follow the guide into the forest with a special red-light torch that won’t disturb the wildlife.

Zealandia’s volunteer guides welcome visitors and share insights into the valuable conservation work they are contributing to. Terese McLeod, who guides blind and visually impaired visitors through the sanctuary, loves welcoming her guests and giving them a unique experience that includes “a mihi whakatau (Māori welcome speech).

Step outdoors and New Zealand’s unique fauna and flora is on show year-round but never more so than during Conservation Week – the annual event that, for 50 years, has been bringing communities together to get actively involved in protecting the environment.

During Conservation Week thousands of New Zealanders will take part in conservation activities and events at community events nationwide focused on enriching the unique and precious biodiversity that helps make this country’s outdoors special.