Home » Consultation On The Economic Regulation Of Gatwick

Consultation On The Economic Regulation Of Gatwick 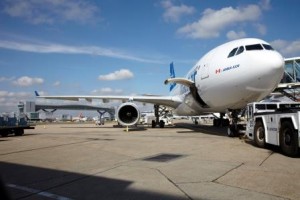 Gatwick spokesperson said: “Gatwick Airport Limited welcomes the Civil Aviation Authority’s initial consultation on the review of the airport’s economic regulation. Under the current contracts and commitments regulatory framework, GAL has delivered strong traffic growth and rising passenger satisfaction, supported by consistently good service delivery, sustained capital investment, and fair prices to its airline customers. GAL is therefore encouraged that the CAA supports an evolution and extension of the commitments framework, which would continue to be backed by a regulatory licence. GAL has already undertaken, as part of its commitments, to bring forward proposals for their extension, and it plans to start consultation with its airline customers on these proposals later this year. GAL will also work closely with passenger representatives, as it does on a regular basis, and draw on its extensive research evidence about travellers’ views, to ensure that its future commitments deliver a great deal for the airport’s growing number of passengers.”

The CAA’s initial consultation on the process and timetable for reviewing the economic regulation of Gatwick Airport Limited (GAL).