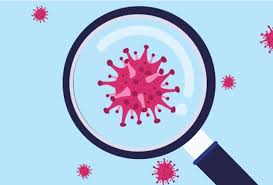 The corona virus epidemic affecting China and having been declared a global public health emergency should not drastically affect Taiwan’s overall economy in the short term but has the probability to affect the tourism and aviation sectors, as anticipated by economists.

The corona virus has claimed the lives of at least 361 people in China, infecting more than 17,000 people, and there are no signs that it will soon be brought under control, casting a shadow over China’s economic prospects, global growth, and the world’s financial markets.

Taiwan Institute of Economic Research (TIER) President Chang Chien-yi said that the epidemic’s impact on Taiwan’s economy is expected to be short-lived.

The TIER raised its forecast for Taiwan’s 2020 economic growth to 2.67 percent in January, 0.22 percentage points higher than its previous estimate in November 2019.

Chang, however, said that the epidemic could shake investment confidence having a major impact on specific sectors, including the tourism, travel, and transportation sectors.

However, he believes that targeted measures would be introduced to help those industries.

Chang said that the epidemic will affect the technology and manufacturing sectors slightly because domestic factories are still running normally.

Chou Yeu-tien, a research fellow with the Institute of Economics at Academia Sinica, agreed that the epidemic would not have a major impact on the domestic economy, but Taiwan still needs to keep a close watch on the spread corona virus in China.