Coronavirus pandemic leads to closure of all Disney Theme Parks 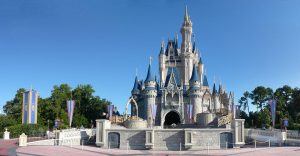 The global pandemic has lead to the closure of Walt Disney World, the flagship theme park of Disney (DIS). Due to the coronavirus Disney’s tourism business has come to a halt and the company also announced the closure of Disneyland Paris and suspension of all new departures with the Disney Cruise Line.

The iconic Disneyland and resort in Anaheim in California was closed earlier on Thursday.All the eleven Disney theme parks across North America, Europe and Asia is now closed.

A Disney spokesperson said that in an abundance of the caution and in the best interest of our guests and employees, they are proceeding with the closure of the theme parks at Walt Disney World Resort in Florida and Disneyland Paris Resort, beginning at the close of business on Sunday, March 15, through the end of the month.

Soon after the closure of Disney’s Florida parks the Universal Orlando Resort also announced that it would temporarily close its theme parks starting at the close of business on March 15.

In 2018, there were more than 20 million visitors in the Magic Kingdon at Walt Disney World which is the world’s most visited theme park as per a report by AECOM.

Last year the company invested billion in its theme park division and opened two new Star Wars lands in Florida and California in 2019.

The company’s sprawling entertainment business is driven by the parks and Disney generated more than $26 billion in sales at its Parks, Experiences and Products division in 2019.

It represented 37% of the company’s overall revenue; it is a moment of major transition for Disney. Bob Iger just stepped down as the company’s CEO, 16 days ago whose previous role was the chairman of Disney Parks.

Since the handover of the coronavirus Disney shares have fallen more than 20% which delayed the release of ‘Mulan’ and sapping ESPN of live sports.

It will pay its cast members during the closure period and will suspend all new depatures with the Disney Cruise Line which will start on Sunday through the end of the month.