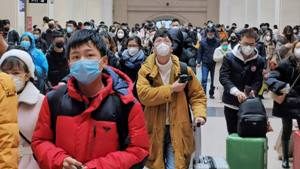 Most of the Chinese tourists are starting to cancel their trips to Indonesia over fears of an acceleration of the spread of a deadly coronavirus in Asia and around the world, as the World Health Organization declared it as an international emergency on Friday. The chairwoman of Indonesia Travel Agent Association (Astindo), Elly Hutabarat, said that there were cancellations both ways, from China to Indonesia and Indonesia to China.

Elly said that there are more than 10,000 Chinese tourists cancelled their trips to Bali and from here, there were also trips to China that all got cancelled. Elly said that there are many trips which were cancelled because several airlines, such as Singapore Airlines, Lion Air, Cathay Pacific and Asiana Airlines, decided to limit or suspend their flights to several Chinese cities.

The United States also told Americans “do not travel” to China as the WHO declared an international emergency on Friday. The US State Department also urged in an updated travel advisory any Americans in China to consider departing using commercial means,  reported by the media.

Furthermore, Elly said the coronavirus outbreak would definitely affect Indonesia’s tourism. However, the severity of the impact would depend on how long it would take medications or vaccines for the virus to be developed, she added.

She also said that SARS [severe acute respiratory syndrome] also affected tourism back in 2003. Now, probably the medicine can be found faster because of more advanced technology, but they do not yet how long the process will take. Once, it’s discovered, they will get back to normal soon.

President Joko Widodo has set a target to attract 10 million Chinese tourists annually to Indonesia, which has become even more difficult to achieve as the coronavirus has claimed 213 deaths in China with 9,816 cases reported around the world since the beginning of the year.