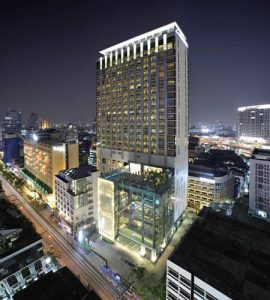 The ever-expanding fallout surrounding the coronavirus pandemic has shocked the hotel industry, forcing dozens of the world’s most famous hotels to cease operations. While some closures are open-ended, others have been accompanied by a fixed reopening date, though uncertainty grows with each day as the outbreak spreads across the globe.

“For almost every organization, dealing with a pandemic such as coronavirus is uncharted territory,” says Ronn Torossian, CEO of 5W Public Relations, whose clients include high-end hotels. “A general principle when dealing with a matter of public health and safety is to be proactive. Fast-thinking hotel and hospitality brands will do everything they can to adapt to this terrible situation.”

The hotel industry is one of many that have approached the U.S. government asking for relief in light of the unprecedented challenges brought on by the pandemic. A cataclysmic decline in travel and mass cancellations of major events and conventions have threatened millions of hotel jobs across the U.S.

On March 17, executives from some of the country’s largest hotel companies, including Hilton, Hyatt, InterContinental Hotels Group, Marriott, MGM, Universal, and the Walt Disney Company, went to Washington, D.C., and joined the American Hotel and Lodging Association (AHLA) in requesting a $150 billion bailout package from the Trump administration. Various CEOs cited plans to lay off thousands of workers in order to cope with the devastating impact the coronavirus is having on their industry. The AHLA did not immediately respond to a request for comment.

“Every business owner needs to protect their company so that when this storm passes, every employee has a ship to return home to, so we can set sail and return to where we started and go further than before,” says Torossian, who has lectured on crisis communications at Harvard Business School. “It’s vitally important to focus on protecting capital, assets, and resources of the business. Cash is important. And always remembering the human element of the great people who work for the company.”

Marriott—with 1.4 million rooms, the world’s largest hotel company—has put tens of thousands of employees on furlough while shutting down numerous properties. The affected employees will not receive payment, but will continue receiving healthcare benefits while furloughed. In a statement, Marriott announced how the company is “taking numerous proactive steps to mitigate the negative financial and operational impacts of COVID-19. Business contingency plans have been implemented and will continue to be adjusted in response to the global situation. At the property level, contingency plans include measures such as closing food and beverage outlets, reducing staff and closing floors or even entire hotels.”

And it’s not just the biggest brands and large chains that have been suffering. Many of New York City’s luxury boutique properties, including The Standard, High Line, and Ian Schrager’s PUBLIC Hotel (currently accepting reservations from May 1), have had to close down. “We have been through a lot together and it will pass, things will return to normal,” said the influential hotelier in a message posted on social media last week. “People are more important than businesses and we will get the business back and we will be going back and doing everything that we love to do—which is to create the best hotels in the world.”

The New York Hotel Trades Council has said that roughly half of its 40,000 members have been laid off; particularly damaging have been the temporary closures of well-trafficked larger properties such as the 1,878-room New York Hilton Midtown. (On Wednesday, the Four Seasons Hotel on 57th street announced that it will offer free lodging to doctors, nurses, and medical personnel working to respond to the pandemic.)

“The entire world, from corporate clients to leisure travelers, is affected by these closures, but we all feel industry-wide that these are temporary closures to make sure that they can bounce back in the next couple of months when this pandemic is over,” says Tammy Levent, CEO of travel management company Elite Travel. “If we don’t have these closures now and become proactive, they may be in a position to never open their doors again.”

What would normally be a fun recap of America’s most popular visitor destinations has turned into a grim exploration of how the pandemic has affected iconic cities, and the luxury hotels that call those places home, in different ways.

For an extreme example, look no further than Las Vegas, where an unprecedented 30-day shutdown, scheduled to be lifted on April 17, has left tens of thousands of beds empty and scores out of work. Locals have never seen the iconic Las Vegas Strip dark for such a prolonged period, with big names (Caesars Palace, Four Seasons, Bellagio, The Cosmopolitan) counting down the days until they can turn their lights back on and welcome the public. Concerned officials have claimed the month-long closures will cripple the local economy, which welcomed 49.5 million visitors in 2019, according to the Las Vegas Visitors and Convention Authority.

Officials in Hawaii have also gone to great lengths to discourage visitors, now having instituted mandatory 14-day quarantines for all incoming arrivals. The state’s vital tourism industry has been rocked, with huge Oahu properties such as Four Seasons Resort Oahu at Ko Olina, Aulani, A Disney Resort & Spa, and the Kahala Hotel & Resort, all shuttered for the time being.