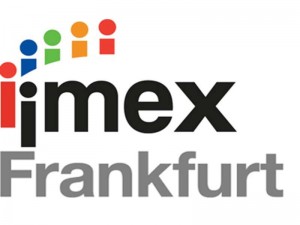 After Germany’s Health Minister called for a blanket ban on events where more than  1,000 people are gathered, organisers announced the cancellation of IMEX Frankfurt 2020, due to be held at Messe Frankfurt between 12-14 May.

IMEX Group’s chairman and CEO, Ray Bloom and Carina Bauer in a statement released on its website mentioned that the factors were beyond their control which forced them to make this reluctant decision.

The joint statement read as – “It is with deep sadness and heavy hearts that we announce the cancellation of this year’s IMEX in Frankfurt (due to take place 12-14 May).

“We know that this will come as an enormous disappointment, not only to the exhibitors, buyers and industry professionals who were due to attend the show, but also to the global business events community.

“This is not a decision we have taken lightly and there are two overriding concerns that have caused us to make this decision at this time.

“First is the uncertainty caused by the fact that the German health minister has recently called for the ban on events with over 1,000 people which some German states have already endorsed, including the state of Hesse where Frankfurt is located. This announcement makes the probability of factors outside our control forcing us to cancel the show at the last minute much higher.

“Second, our primary concern is always the responsibility we feel towards our exhibitors and partners, who fund the show – not only by purchasing stand space but also in the considerable additional investment they make in everything from the build of stunning stands to the hosting of buyer events.

“While only a short time ago we felt optimistic that May was far enough away to confidently proceed with our plans, as it stands today [11 March] we cannot guarantee the one thing that our exhibitors trust us above all else to deliver – namely a large-scale, high quality hosted buyer programme.

“In an ideal world we would wait and see. But we are in the real world and we cannot, in all good conscience, ask our exhibitors to continue to invest money against which they may not get a return.

“Both of these factors – uncertainty around whether IMEX will be allowed to proceed, as well as doubts as to the number of buyers who will be able to attend – have led us to the conclusion that we now have no option but to cancel IMEX in Frankfurt.

Leaders from across the industry and IMEX partners offered their support.

Matthias Schultze of German Convention Bureau said that they regretted the cancellation of IMEX in Frankfurt – the leading tradefair for the business event world. But they understand the decision in view of the current situation. They appreciated that Ray Bloom and Carina Bauer made this decision together with and for the exhibitors, their partners and participants. The GCB German Convention Bureau has been a strategic partner and host at IMEX for many years, since the very beginning, and they were looking forward to continuing their  trusting cooperation next year with proven partners and new ideas.

Paul Van Deventer, President & CEO, MPI said they recognized that it was a tough decision made to reflect the top priority for their industry to ensure the safety and security of their community. They fully supported their decision and are confident that it was not taken lightly.

Meeting Professionals International (MPI) will continue to provide the highest level of support possible to IMEX their strategic partners for nearly 20 years – as well as to the partners and members and around the world.