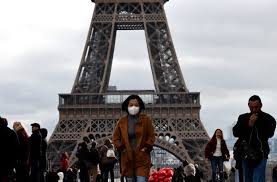 Italy has put many northern cities and towns of the country on lockdown, prohibiting people from entering or exiting impacted regions, temporarily calling off all public events and closing museums and other attractions to the public. The measures efficiently put an estimated 100,000 people under quarantine.

Authorities, after calling off many top league football matches over the weekend, have directed Serie A football games will be played in empty stadiums as audiences will stay away. Venice Carnival events ended quite ahead of time and in the northern regions of Lombardy and Veneto schools and universities will remain closed till March. The fashion week in Milan has been reduced and another fair has been postponed until the summer. Also, Milan Cathedral, one of the main tourist attractions, will remain closed, as is the famous opera house, La Scala in Milan.

Florence has got its first patient affected by coronavirus, an Italian entrepreneur who returned from Singapore, as has Palermo, where a tourist from Bergamo tested positive for the same.

From the end of January until the end of April in Italy, there will be no more direct flights between the country and China. However, all of these measures have been of little use. So far, Italy has suffered the most victims and infected persons in Europe. The country has become a hotspot for the virus.

After an Italian doctor and his wife tested positive for coronavirus, huge number of vacationers and workers has been quarantined in a hotel in Tenerife. Also, Austria has lockdown an Innsbruck hotel when an Italian receptionist was found to have contracted the virus.

And the reaction of the European neighbors to the coronavirus crisis in Italy? Hungary is advising its citizens to postpone planned trips to northern Italy, as the Bulgarian airline, Bulgaria Air plans to defer its flights between Sofia and Milan until the end of March.