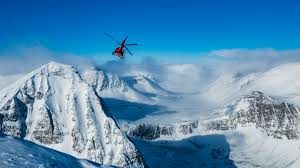 About 30,000 British tourists are told to leave from ski resorts in France are under way amid warnings of “widespread failures” in the travel sector in the face of the Coronavirus pandemic. The novel coronavirus has gone global reaching most of the Asian nations and European countries. This outburst in China now becomes a worldwide pandemic. Since it was first identified in mid-December (Wuhan Province in China), the virus has killed more than 4012 people worldwide. It is also reported that 169,377 confirmed (4125 new) infected with 6,512 deaths.

The vast majority of those deaths have occurred in Hubei, the province at the center of the initial outbreak; new clusters are fast expanding outside of China, in countries as diverse as Iran, Italy and South Korea. The French mountain resorts closed at midnight on Saturday, hours after tens of thousands of skiers had landed for their annual holiday in the snow.

Leading ski and summer activity holiday company Neilson has called for the government to step in with “emergency measures”. There were reports of chaos and confusion across the Alps Mountain Range with one source saying local police had taken the French government’s message into their own hands and were going round hotels and restaurants telling marooned Britons to go home immediately.

Diane Palumbo, sales and marketing director at SkiWorld, said she had 900 customers across the Alps and they had been in talks with all the key resorts on Friday to warn them that if they were to close, not to do so on Saturday when a fresh influx of tourists were scheduled to arrive.

She said that they are getting over their anger. It was literally not until 10pm last night that we were confident of the information we were receiving. The same people who had assured us on Thursday, Friday or even Saturday that they would remain open, have now all closed.

The French Prime Minister, Édouard Philippe, announced at 8pm that the country must close all non-essential locations, notably cafes, restaurants, cinemas, nightclubs and shops from midnight. Although ski resorts were not specifically listed, the ski industry in the UK believes they are all closing.

One of the biggest operators, Inghams, said “as a responsible tour operator” it would not be operating any more holidays to French resorts for the rest of the season and advised those who were due to go out on Sunday to abandon their plans.

Palumbo said all those who had booked through an Atol-backed agent would get their money back but that small- to medium-sized tour operators and travel companies could go bust.

She said that the airlines are very quick to ask for help from the government but this is a massive flow of people which will costs the industry millions. If the government does not step in travel companies will start to fail because the cost of repatriation will be enormous.

She explained that travel companies pay bonds to cover emergencies but if travel companies go to the wall the money will have to come out of government coffers. If they are going to bail out travellers at the end of this, would it not be better to step in earlier in the crisis and in doing so save businesses and jobs as well as holidaymakers, she argued.

David Taylor, the chief executive of Neilson holidays, said it was “hugely disappointed” that it received “such short notice” on the closures. He called for “emergency measures” for the sector.

With the Covid-19 crisis likely to last several months, they are asking the government to consider emergency measures specifically targeted at the travel and leisure sector to deliver immediate relief and help avoid widespread failures. This remains an isolated issue on 2020 departures only and they are confident that next year will see a healthy recovery provided a swathe of relief measures recommended to the government are enacted, he said.

Separately Ryanair was frantically working to repatriate customers stranded in Spain after the country was thrown into lockdown. It has also cancelled all flights to and from Poland.

The British ambassador in Spain issued a message on Sunday to Britons visiting or living in Spain. In a video shared on Twitter, Hugh Elliott said it was “important to be clear the Spanish government has not restricted international flights. We expect you to be able to return home as planned. Earlier it announced all flights to and from Poland have been cancelled from midnight on Saturday to midnight on 31 March.