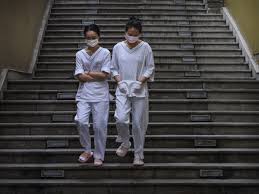 Goa tourism officials have admitted that the coronavirus outbreak and the subsequent fear concerning travel have affected Goa’s tourism industry, but added that till now the extent of the impact could not be accurately quantified.

“It has affected, there is no doubt about it,” Director of Tourism Menino D’Souza said. “We recently had a proposal for bringing down tour operators from China. We had to cancel that because we did not want to take any risk,” he added.

D’Souza said that the state administration is taking all precautions and following operating procedures in a bid to stop the virus from reaching Goa.

“Whatever advisories have been sent, whatever precautions have been advised, we are taking those,” D’Souza said, adding that all those suspected of contracting the virus are being carefully screened through a co-ordinated effort by the state tourism and health departments.

At the start of the season, the Goa Tourism Department was hoping to bring in
tourists from China in a hope to make up for the loss of western tourists,
especially from the UK and Scandinavian countries.

Tourism is a major source of income for Goa. Last year, the coastal state
attracted more than seven million tourists.