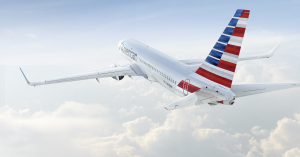 On Monday, the U.S.Centers for Disease Control and Prevention warned travellers to avoid non-essential travel to South Korea where the close to 900 people are sickened by the virus.

The Delta Airlines announced that those travellers who booked tickets to the South Korean capital of Seoul through April 20 can change their flights until May 31. Without paying a fee they can also cancel their trips.

American Airlines stated that the customers booked to Seoul through April 24 can change their flights without having to pay a date-change fees or get their trips cancelled.

Travellers can also change the origin or destination of their trips to the Japanese capital of Tokyo and opt for another plane to or from South Korea.

A similar waiver for Seoul was issued by the United Airline  which on Monday suspended its full-yaer guidance because of the outbreak and uncertain demand for air travel.  As per the carrier the near-term demand for its trans-Pacific routes outside of China went down by 75%.

Service to Hong Kong and mainland China has been suspended by the U.S. airlines where most of the cases were found.  So far more than 77,000 cases of the new coronavirus have been reported and more than  2,660 deaths.

In Monday’s session Airline shares fell sharply as more cases of the virus were reported in South Korea and Italy which raised concern about travel demand broadly.