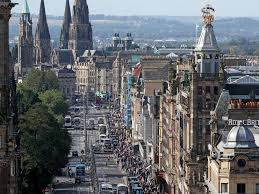 In Edinburgh next week, a probable tourist tax will be put to city councilors as they are set to execute what would be in UK first.

Plans for the transient visitor levy (TVL) comprise a £2 per night room charge, exclusion for campsites, a cap of seven consecutive nights and putting in an estimated £14.6 million every year.

The £2 charge is considered a better approach than a percentage charge, as the seven-night cap is intended to defend seasonal and festival workers in the city for extended periods of time.

If accepted in the council meeting on Thursday February 7, then the council will put its suggestions to ministers and MSPs to have the final say.

Council leader Adam McVey said it was “an obvious choice for Edinburgh”.

To quote him, “Having listened carefully to all of the feedback we’ve received from industry partners and the citizens and businesses of Edinburgh, we’ve refined our proposals and are in a really strong position to take forward a TVL.”

“The capital’s population is increasing rapidly and visitor numbers continue to grow due to Edinburgh being a fantastic place to live, work, visit and invest.”

“Our economic strength has brought us a great deal of success as a city but the reality is, without an additional income stream, we will struggle to manage and support this success in future.”

“Tourism and hospitality are key drivers of our economy and this levy provides us with a way to sustainably support its continued success and reduce impacts on residents all year round.”