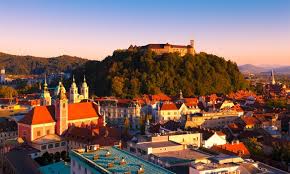 The European Travel Commission (ETC) has approved funds to Croatian and Slovenian tourism authorities for their joint promotion in China, the Croatian National Tourist Board announced on Tuesday.

The aim of the campaign named “Experience Croatia, Feel Slovenia” is to strengthen the visibility and reputation of the two counties on the Chinese market and present themselves as a European tourist destination.

The value of the campaign is over 200,000 euros (234,500 U.S. dollars), half of which will be co-financed by ETC. The campaign will be conducted from October 2018 to March 2019, and will include two joint workshops in Beijing and Shanghai, two online training courses for Chinese tour operators and travel agencies in Croatia and Slovenia, as well as advertising in prominent Chinese media.

Croatian National Tourist Board director Kristijan Stanicic said that he is sure that their investments and planned activities, together with approved European funds, will ensure even better Croatian results on the big Chinese market. 2018 marks the EU-China Tourism Year. Stanicic said that Croatia will continue to promote itself in China where the Croatian National Tourist Board has opened a new office in Shanghai.

There are around 136,000 Chinese tourists have visited Croatia so far this year, and generated 203,000 overnight stays, which is a 36 percent growth compared to the same period last year.