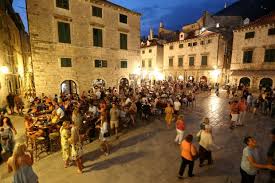 The Croatian government will increase its quota for foreign workers in tourism and construction for this year, as per a recent appeal by employers. Last week, Croatia’s tourist businesses urged the government to allow in more foreign workers to help staff bars, restaurants and other tourist facilities in the approaching high season.

Labour Minister Marko Pavic said that they decided to increase the number of licenses for foreign workers in tourism by 2,000 and in construction by 1,000. The number of licenses will automatically increase by 1,000 in each sector if further need comes up. Croatia’s tourist industry, mostly focused on the summer months, accounts for almost 20% of gross domestic product. Croatia originally approved 65,100 licenses for foreign workers for this year, which is an increase from 38,769 last year. Croatia’s retail, manufacturing and transport sectors also suffer from a deficiency of workers.