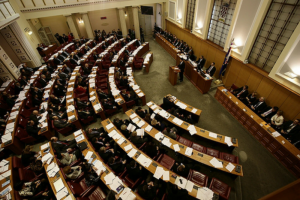 The Croatian Minister of Tourism Gari Cappelli proposed at the Tourism and Economic Growth Conference in Sofia, Bulgaria the establishment of a special EU fond for tourism and task force within EU institutions.

The initiative by the government of Croatia will soon be presented to the European Parliament President Antonio Tajani and EC President Jean Claude Juncker.