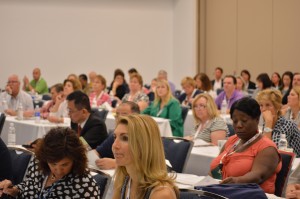 Cruise Baltic has a long tradition of educating English speaking travel agents worldwide on how to sell the Baltic cruise product – both online and face-to-face. The plan has always been for the network to come closer to German travel agents as well, but the German language has been a barrier so far.

Director of Cruise Baltic, Claus Bodker, explains that Cruise Baltic has always strived to build a strong relationship with the German travel agents, but the language has been a challenge. Therefore, they decided to make a big investment in creating an e-learning platform in German. They hope that it will assist the German travel agents in their sales work, and that it, as a side-effect, will tighten the communication between them.

The course consists of five modules providing the travel agents with extensive information about the Baltic region and the Baltic cruise selling points through videos, images, questionnaires and training exercises all developed by Cruise Baltic. Cruise Baltic’s English version of the e-learning platform is already a great success. Since the launch in 2015 around 2,000 English speaking travel agents from United Kingdom, Canada, USA, Australia and New Zealand have completed the course which is part of the reason for the increasing sales numbers for the Baltic cruises.

Claus Bodker also says that through their English e-learning platform, they have already educated 2,000 travel agents on how to sell Baltic cruises – and with great success. Therefore, are now extending the same service to the German travel agents, in their own language, to overall improve their knowledge on the Baltic product and create value for both the German travel agents and the Baltic cruises,”. The e-learning courses are hosted by OTT (Online Travel Training), which is the world’s leading online training and marketing platform for the travel and tourism industry. The courses in both English and German.

To mark the launch of the new German learning platform, Cruise Baltic will be giving away a free trip to a Cruise Baltic destination including flights for two from Berlin and a two-night stay at a Scandic Hotel. The winner will be drawn randomly between all the German travel agents who finish the course before the end of April.