Cruise tourism is thriving in Alaska 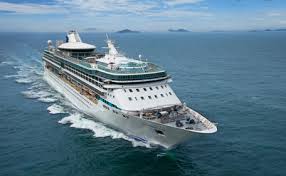 Cruise industry in Alaska continues to witness a steady growth in multiple ways.

The state has observed a large number of cruise vessel arrivals and new companies are making efforts to navigate the cruise itineraries here.

Out of the cruise ships that had visited this region in 2015 and those that are expected to arrive here in the summer of 2018, average ship tonnage would grow by nearly 16%. And, the capacity will be grown to about 14%, as per the statistics revealed by the Cruise Lines International Association Alaska.

John Binkley, president, CLIA Alaska mentioned that a considerable growth has been reported in the smaller ports of Alaska including the ones at Wrangell, Whittier and Hoonah.

One of the consultants of government affairs named Mike Tibbles said that the passenger count at Icy Strait Point in Hoonah is believed to rise by 17% between this year and next summer. A large part of the capacity growth in this industry in Alaska has been derived from larger ships that have been replacing the smaller ones.

But then, there are also the cruise vessels visiting Alaska much more as compared to the previous years.

In the year 2014, 28 cruise ships had made their way to Alaska and this number is up to 33 times as is planned to arrive this year. In addition, the number of cruise voyages through Alaska waters is also expected to increase from 485 in 2015 to 218 next summer.

Cunard Line, Azamara Club and Viking Crises are among the cruise liners that are planning for 2019 itineraries to Alaska.

In 2018, Windstar Cruises is also expected to arrive here. Holland America Line and Princess Cruises are also making plans to increase their passenger capacity in Alaska. Certain ports across the state would be required to upgrade their infrastructure and in some cases add more dock capacity with an aim to deal with larger cruise vessels and more passengers according to Binkley.