Cruise tourism – one of the fastest growing segments of Dubai tourism 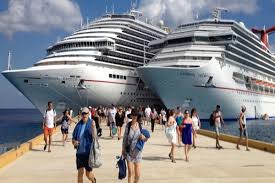 Cruise tourism is one of the fastest-growing segments of Dubai’s tourism industry. The city is among the world’s leading winter cruise destinations.

In Dubai, the cruise season runs from November and March each year.

In the coming cruise season, 83 cruise ships are expected to make use of Dubai as a transit city and Dubai cruise port will be the last destination for 30 cruises.

The Dubai Chamber has said that the government is increasingly incorporating cruise tourism into its broader strategy in order to attract more visitors to the city.

In order to support the cruise tourism industry in Dubai, multiple-entry UAE visas exclusively for cruise tourists have been implemented.

The new Dubai Cruise Terminal project is expected to begin operations in October 2020, and will have the capacity to accommodate six cruise ships at the same time.