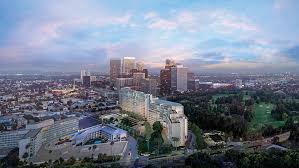 The Yan’an Wanda City will also offer a luxury hotel, restaurants and sport facilities including an ice rink.

Yan’an was home to key Communist Party members, including Mao Zedong, and was the party’s stronghold between 1937 and 1945. In commemoration of this, Wanda will design the facility along themes of Chinese history and culture and the role of the CCP.

Dalian Wanda Group Chairman Wang Jianlin attended the groundbreaking ceremony for the park mid-April. Speaking to local officials, he said the company aimed to attract over 10 million visitors annually and create over 10,000 jobs. By one estimate, China will become the world’s largest theme park market, overtaking the U.S., thanks to growth in medium-income households.

He also indicated that Wanda had plans to build more theme parks, reversing a position it took to withdraw from the business under government pressure a few years ago.

Wanda attracted media attention after it made a series of high-profile investments and acquisitions, including a major U.S. cinema chain operator, a film-production company and a soccer team, at a total expenditure of over $20 billion a few years back. At one point, Wang became Asia’s richest man, beating Alibaba Group Holding Executive Chairman Jack Ma Yun, in terms of total assets owned.

After launching the theme park business in 2016, Wanda built theme parks in various locations in China, including Yunnan, Anhui and Heilongjiang provinces. Wang had said that Shanghai Disneyland, which U.S. entertainment group Walt Disney opened the same year, would not turn a profit for at least 20 years as long as Wanda was still trading.

However, Wanda was forced to sell some of its assets in 2017. Concerned about capital outflows through the company’s overseas acquisitions, the Chinese government stepped in, instructing banks to restrict lending to Wanda. With its financial position crippled, Wanda sold operating rights of 13 large theme parks, effectively withdrawing from the business.

But Wanda has since paid down a significant portion of its debt, while its Wanda Plaza commercial complexes and cinemas have performed briskly. With its operation stabilizing, Wanda is poised for a return to the theme park business.

While Chinese consumer spending has waned, demand is growing in the services sector. This trend has helped the steady growth in China’s theme park market. According to a Chinese research company, the market was worth 40 billion yuan in 2017, and its growth rate is projected to average 18% from 2017 to 2022.

Others are also hoping to capitalize on such a trend. Universal Beijing Resort is expected to open as early as 2021, while a Legoland park will open each in Shanghai and Sanya in Hainan Province. Fosun Group, a Chinese private-sector investment company, at one point also considered entering the theme park business. Competition between companies in China and overseas to win visitors looks set to intensify.