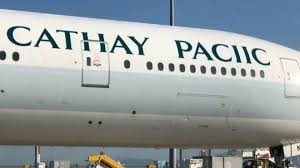 After battling major loss due to stiff competition from lower-cost Chinese carriers and Middle East rivals, Cathay Pacific has landed itself in more rough waters. The Hong Kong flag carrier found itself in a soup following a major data leak affecting up to 9.4 million passengers.

In a statement on the airline's website, Cathay Pacific Chief Executive Officer Rupert Hogg said, &quot;We are in the process of contacting affected passengers, using multiple communications channels, and providing them with information on steps they can take to protect themselves.&quot;

However, the CEO categorically mentioned, &quot;We have no evidence that any personal data has been misused.&quot; He added,  &quot;The following personal data was accessed: passenger name, nationality, date of birth, phone number, email, address, passport number, identity card number, frequent flyer programme membership number, customer service remarks, and historical travel information.&quot;Following the incident, an investigation has been launched and the police have also been alerted. The anomaly came to the fore post an ongoing IT operation of the Cathay Pacific.

Notably, the Hong Kong flag carrier booked its first back-to-back annual loss in
its seven-decade history in March prompting it to take a pledge to cut 600 staff
including a quarter of its management as part of its biggest overhaul in years.