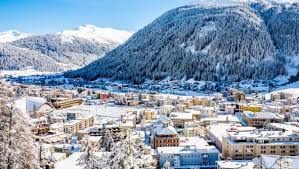 In summer, the Davos area has become popular with ultra-orthodox tourists who embark on holidays with large families, and whose lifestyle and behavior irritate local residents.

A tourism official from the Davos area in Switzerland wrote a letter complaining about the behavior of Jewish visitors, which was then translated into Hebrew and posted publicly at hotels.

Reto Branschi, who heads the tourism office of the Davos skiing village and that of nearby Klosters, sent a letter to the Jewish community of Davos titled: “Subject: Jewish guests visiting Davos in summer.”

In the letter to local Jewish community leader Rafi Mosbacher, Branschi wrote that “There have been complaints that diapers and other waste simply gets left behind in the woods,” that “Playgrounds have been taken up by large groups, leaving no room for small families,” and that during two tours at a local cheese factory in 2017 and 2018 “Jewish guests held their noses, disturbing some of the other participants.”

In recent years, Davos hoteliers have depended on a haredi Orthodox clientele who visit there during the summer months. This trend has allowed haredi families with many children to enjoy reduced cost for vacations in Alpine resorts with excellent infrastructure, and the local tourism industry to increase the potential of amenities there.

But tensions have started to pour in due to cultural differences and some inappropriate behavior by the haredi guests from insular communities, and others also complain of intolerance and xenophobia by some hosts.

In his letter, Branschi also suggested abuse by haredi guests of guest cards, “which allows free use of the cable car and other benefits.” Haredi guests, he said, “lose them more often than average.”