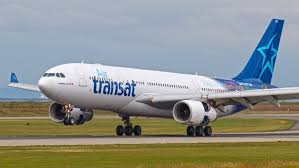 Passengers experienced various symptoms, including itchy eyes, dizziness, and vomiting during the plane’s de-icing before takeoff.  Five of the passengers were immediately rushed while others were shifted gradually. HFire fighters evacuated the plane on the tarmac at Jean Lesage International Airport.

The airline and the airport are investigating into the incident. It’s believed that fumes from the de-icing had seeped into the cabin due to an issue with the aircraft’s ventilation system.

Firefighters conducted a reading of the plane’s air quality immediately after the evacuation and found that it was healthy. However, the government officials will also conduct a thorough reading.

The unharmed passengers had to wait until 6 p.m. for another flight to Fort Lauderdale – a delay of nearly 11 hours.