As deadly virus strikes, the tourism of EU goes through heavy losses! 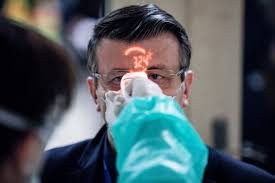 The coronavirus epidemic, which is grounding Chinese tourists, is costing the tourism industry of Europe to about one billion euros every month in terms of lost revenue, on Monday the bloc’s industry commissioner Thierry Breton said.

Mr Breton, a former French finance minister, informed the news channel BFM TV: “Chinese tourists are not coming to Europe since January. It means two million (hotel) nights lost. That is one billion euros per month since the start of the year.”

The tourism sector of Europe has profited extremely from the meteoric economic rise of China in the last two decades, and has been dealt a serious blow by the outbreak.

The cases of Coronavirus have immensely increased all over Europe and beyond in recent weeks.

It has infected over 90,000 and killed at least 3,000 in at least 70 countries. The flu-like virus has totally engulfed global markets and triggered record measures from governments in controlling the outbreak, which the World Health Organisation has cautioned could become a pandemic.

Expectation that the epidemic has a chance to get over in months and that economic activity would return to normal has been deformed.

The European Union is planning to take on some emergency measures to safeguard its economy against the outbreak, top officials on Monday said as health risks across the bloc were raised to “high” after the virus spread to most member states.

About 2,100 cases have been confirmed in 18 of the 27 EU states, as per the recent figures released this week by the European Commission, the bloc’s executive arm.

“The EU is ready to use all the available policy options if and when needed to safeguard our growth,” economics commissioner Paolo Gentiloni informed in a news conference, saying the dangers threatened by the outbreak had now taken shape.

He listed transport, tourism and carmakers among the sectors majorly impacted by it.

Tags: the tourism of EU goes through heavy losses!