Dearth of water & its impact on Cape Town’s hotel bookings 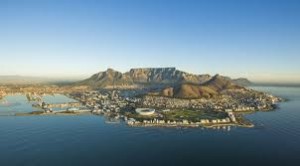 In a recent survey by Wesgro, among 18 Cape Town hotels reflect the effect of water scarcity in the city which has already impacted the hospitality sector of the region.

For Cape Town and the Western Cape region, Wesgro is the official tourism, trade and investment promotion agency and the outcome of the survey were stated at a presentation ceremony of an event, the agency hosted of late.

Related to bookings in January and February, the survey showed that they did between 10% and 15% worse in comparison to the same time last year. Also, these hotels indicated that the condition for the forthcoming period from April to September will be even worse with bookings down a lot.

Wesgro is even more tensed, as per it’s the survey that hotel reservation books for 2019 are almost “empty” in comparison to 2017.

Wesgro considers this as one of the unintentional penalties due to water crisis on hotel bookings for 2019 as the issue brings in uncertainty in the international tourism market.

Also, there have been questions from overseas tour operators in terms of listeriosis outbreak and land reform and its (potential) effect on tourists who may take a decision to visit the country.

Many potential international visitors also concerned that they might have to take water from the locals while visiting Cape Town therefore, consider not coming.

Nevertheless, Wesgro’s survey sends out the message in terms of resilience of the city and its residents in the face of the water scarcity. Side by side, there could be an option for tourists to counterbalance their water footprint at the time of their visit to the city by making a donation to a relevant NGO.