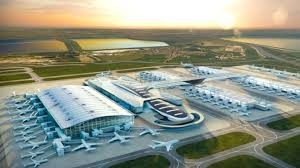 The Civil Aviation Authority (CAA) has been blamed by the Heathrow’s owners for delaying the opening of the planned third runway at Heathrow, Britain’s busiest airport.

For 2026 the expansion was originally promised and the Heathrow Airport Limited said that after the ruling by the CAA on the development costs the additional runway will be ready by early 2028 and late 2029.

Heathrow wanted to spend £2.9bn (at 2014 prices) in advance of planning permission being granted in order to deliver the controversial third runway by 2026.

The 2026 target  was described as an aggressive schedule by a CAA paper on the early costs associated with expansion. It also says that if planning permissions were not to be granted, airport charges and passenger fares might rise due to the sunken costs.

It was predicted that the sooner a new runway comes into operation, the sooner the benefits could be realized.

They should realise that timeliness is not the only factor that is important to consumers and the passengers will be able to bear the risk of Heathrow Airport Limited spending too much in the early phase of development if planning permissions are not granted.

The authorities were blamed by the airport for the postponement and a Heathrow spokesperson said that the CAA has delayed the project timetable by at least 12 months. The third runway is now expected to complete between 2028 and the late 2029. Approximately it will be delayed by three years.

The Heathrow spokesperson went on saying that they will now review the detail to ensure it will unlock the initial £1.5-2bn of private investment over the next two years at no cost to the taxpayer.

Willie Walsh, the chief executive of IAG – parent company of British Airways, which has the majority of operations at the airport stated that they  need a fresh look at the environmental viability and total cost of expanding Heathrow.

Earlier the airport had spent recklessly to gold-plate projects and paying guaranteed dividends to shareholders while minimising the environmental significance of expansion.

John Stewart, chair of the anti-Heathrow expansion group, Hacan, mentioned that the continuing battle between Heathrow and the CAA is in nobody’s interest.

The on-going battle about costs should be sorted by the government.