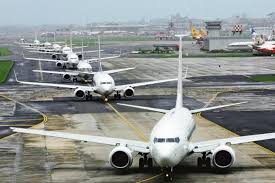 India’s two busiest airports will close their runways for maintenance at different periods starting next month and stretching through the first quarter of 2019.

More than 2,000 flights are expected to be cancelled or rescheduled during this period. While one runway at Delhi airport will be closed for 13 days in November, the airport in Mumbai will remain shut for six hours thrice a week between February 7, 2019 and end of March.

The shutdown is expected to impact 1,300 flights in Delhi airport. In Mumbai, it could be at least 700, said airline executives, but the airport operator didn’t specify any numbers.

An airline executive said that during both closures, domestic flights will be impacted the most and airlines will be cancelling flights that will lead to fares rising” during those days.

The airport operators said the runways needed repair and that they had planned the maintenance with proper coordination with all stakeholders, including airlines. Delhi airport, with three runways, will close its Runway 27 — the oldest runway at the airport that is used primarily by flights using Terminal 1D — starting November 15.

An executive at Delhi International Airport said that the runway has to be closed for maintenance as it required repair. This is a planned closure and is done in consultation with all stakeholders, including airlines.

An executive at Mumbai International Airport also said the closure was planned and necessitated as the runway required strengthening.