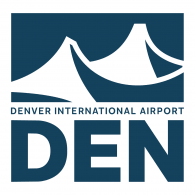 This is the first time in Denver aviation history that traffic surpassed 5 million passengers in the month of April, and marks the seventh-consecutive month of record-breaking traffic at DEN.

“As we enter the summer travel season, we anticipate strong passenger traffic growth, likely exceeding our record-breaking season last year,” said Kim Day, DEN CEO. “Those who plan to travel this summer are encouraged to come out to the airport early and instead of feeling rushed, start vacation early by enjoying one of our great restaurants, shops or just relax and enjoy the sun on our outdoor plaza.”