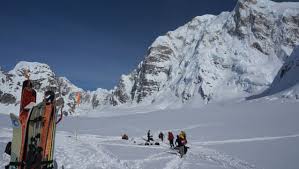 Landslides causing road closures last year have given rise to concerns regarding full access to Denali National Park and Preserve during the imminent tourism season.

The National Park Service said that it plans to open the entire Denali Park Road by early June.

“Despite the concern it has raised lately, the park is committed to devoting the resources necessary to opening the Park Road as close to its traditional schedule as possible,” said Denali National Park spokesman G.W. Hitchcock.

The park service frequently closed parts of the road last summer due to heavy rains, rockfall and mudslides.

Private vehicles are restricted beyond Mile 15 of the road. But hundreds of thousands of visitors each year use buses run by commercial operators taking into the park. A 2011 study estimated that about 60% of peak-season visits to the park went beyond Mile 15.
Business owners inside the park rely on the road to bring in supplies for guests.

Alaska’s House of Representatives passed a resolution asking the federal government to come up with solutions regarding the road’s problems.