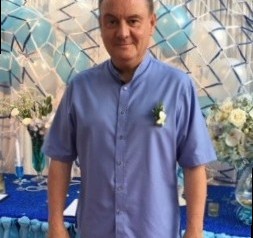 Absolute Hotel Services is one of the fastest-growing hospitality management or branding companies in Asia with an ever-expanding geographic portfolio of hotels, resorts, and serviced residences. It is headquartered in Bangkok, Thailand.

The Eastin Hotel & Residences Hanoi offers 4-star accommodation with excellent hospitality services and provides fully equipped conference rooms with state-of-the-art facilities and great dining experiences in its signature restaurants and bars. It is located in Hanoi’s new Central Business District, with easy access to many office buildings, and has 196 comfortable rooms and suites.

Martin is a French national and comes with over 30 years of experience in the hospitality industry. Over the years he has been associated with recognised five-star luxury hotels, including Le Meridien Phuket Beach Resort, Bangkok Marriott Riverside, and The Landmark Hotel Bangkok.

He completed his graduation from the Hotel School Chamalieres in France. He is also fluent in French, English, and Thai. Before joining his latest position in Absolute Hotel Services, Denis served as the General Manager at the 226 room Crowne Plaza Phuket Panwa Beach Resort. He led the opening team and proactively maximised hotel profits during his workmanship. He has also worked as a Group General Manager of the Chaweng Regent & Melati Resort in Koh Samui Thailand.

Martin has mentioned in a statement that he is looking forward to the new challenge and plans to contribute to the success of Eastin Hotel & Residences Hanoi, Vietnam.