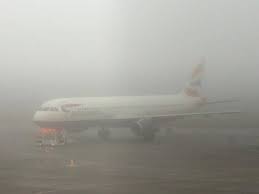 A dense fog has disrupted ferry services on the Qiongzhou Strait in south China and it left more than 100,000 passengers stranded and over 10,000 cars as well. In Hainan island as asserted by the regional authorities on Wednesday that is the last day of Spring Festival.

As per the local maritime department, the fog had lasted for seven days.

And the visibility was less than 200 meters in worst time that triggered five suspension notices. Nearly 10,000 vehicles and about 44,000 passengers have been shipped to Guangdong Province across the strait on Wednesday.

But over 10,000 cars are still waiting in or outside the three ports of Haikou city, capital of Hainan Province as of 5 p.m.

Traffic police have gone out to maintain traffic order. More than 2,000 volunteers were offering help on site. Thirty restaurants handed out free meals to stranded passengers.

Hainan is known for its tropical climate and clean air and is quite a popular destination for Chinese tourists in winter holidays.

As per the city’s traffic authority, 90,000 vehicles and more than 400,000 tourists were estimated to leave the island during this year’s Spring Festival holiday. Guangdong and Hainan have arranged 53 roll-on roll-off ships with a total of 2,500 parking spots onboard and almost 48,000 passenger seats to cope with the traffic.

The local meteorological and maritime departments mentioned that the fog would disperse late Wednesday night.