Direct expenditure of MICE delegates in U.K. rose by £1.9 billion in 2018, UKCAMS 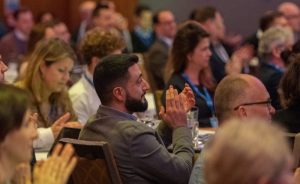 The direct expenditure generated by conference and meeting delegates in the U.K. in 2018 stood at 20 billion pounds. It marked an increase of 1.9 billion pounds as compared to 2017.

As per Kerrin MacPhie, VisitBritain’s head of business events, The U.K. is home to many world-renowned venues that consistently host leading international events.

VisitBritain recognises the importance of the ICCA ranking as a key tool in achieving success. The UKCAMS research results show that more can be done by U.K. venues to record ICCA activity. VisitBritain strongly encourages them to consistently log their international ICCA events.

Levels of capital investment by venues remained strong with 73% of venues reporting that they had invested in their property in 2018, with 17% investing over £500,000.

The average duration of conferences and meetings was 1.6 days. Conference and training centres (640 events) and hotels (453 events) hosted higher than average numbers of events.

The research was carried out by Tony Rogers Conference & Event Services and Richard Smith of RJS Associates, on behalf of VisitBritain, The Meetings Show, venuedirectory.com, Visit Guildford for Business and Hiscox Event Insurance.