Disparity in gender is strong in travel and hospitality sector 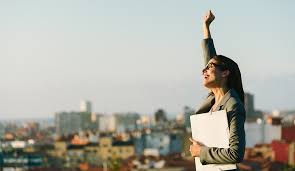 In a new study of the hospitality, travel and leisure sector in the UK, it has been revealed that women make up only 26% of senior management positions. Also, it comes to 20% when the report excludes human resources roles.

Gender biasness still doesn’t seem to be a priority for many businesses and sadly, hospitality industry falls in the same.

The report, called Women in Hospitality, Travel and Leisure 2020 Review is based on the quantitative research as well as interviews with more than 100 chairmen, CEOs, human resources directors, recruiters and graduates entering the industry. The companies surveyed are either UK-based or have a significant UK presence.

Companies such as Whitbread, Merlin Entertainments, Intercontinental Hotels Group, EasyJet and TUI Group has 29.4%, 18.8%, 36%, 41% and 13.2% of women on the Executive Committee.

The study did not only include the heads of the companies but also a wide range of people from within the travel industry. Despite the divergence of opinion, the report identified a number of barriers to progress, including:

As a solution, the report said that the vast majority of the respondents were adamant on the point that the best person should get the job, irrespective of the gender.