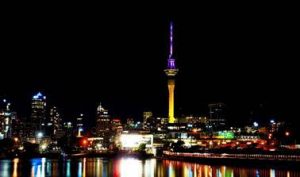 Auckland’s Queen Street and Aotea Square was transformed into a colourful and mouth-watering spectacle when the 18th Auckland Diwali festival took place on October 12 and 13, 2019 last weekend.

Celebrated among Indian communities around the world, Diwali, or Deepavali is the most important and ancient Indian festival also known as The Festival of Lights is celebrated over four or five days each spring in New Zealand.

With recognised Hindu roots in India, where it has slightly various forms depending on its context in this huge multicultural nation, the festival is now particularly visible among diaspora Indian (or South Asian) communities (either established or new).

From popular, brightly coloured mithai (sweets) and spice-filled samosas, to traditional, mouth-watering curries, the festival offered an opportunity for Aucklanders and visitors alike to sample a diverse range of culinary options from more than 40 food stallholders at the event. Festival goers enjoyed 50 hours of live entertainment, with more than 200 performances throughout the weekend showcased across three areas – the Aotea Square Stage, the Queen St Stage and the Street Zone performances (corner of Queen and Wakefield). Next to the festival’s main space, audiences learnt about the 125-year history of New Zealand’s Indian communities at a photography exhibition Mokaa: The Land of Opportunity located in the foyer of Aotea Centre.

The Auckland Diwali Festival was delivered by Auckland Tourism, Events and Economic Development (ATEED), on behalf of the Auckland Council, in conjunction with its founding partner, Asia New Zealand Foundation.

ATEED Auckland Diwali Festival Event Producer Leilana Meredith says: “Cultural festivals such as Auckland Diwali demonstrate to locals and visitors the breadth and depth of culinary experiences available in Tāmaki Makaurau. This festival is also an excellent celebration and chance to tell Auckland’s Indian stories to the wider community and beyond Auckland.”

This is the second year Auckland Diwali Festival has partnered with the Auckland Regional Public Health and the food stallholders on food safety and healthier menus. The Diwali celebrations are a highlight of Auckland’s major events calendar and one of New Zealand’s largest cultural festivals.

Diwali celebrations in Christchurch and Wellington will take place on the following dates respectively: