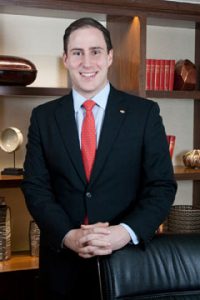 Christian Dolenc has been appointed to the role of general manager of Mandarin Oriental, Macau.

He will lead the team in his new position and will oversee day-to-day hotel operations and will be responsible for delivering operational excellence and innovative guest experiences.

He started in the hospitality industry at an early age and is a native German national.

In 2001 he received his apprenticeship diploma in hotel and catering business in Munich, Germany and underwent a range of placements in the United Kingdom, Switzerland and Germany.

He took the role of director of rooms in 2012 and was transferred to Mandarin Oriental before coming back to Hong Kong as hotel manager of the Excelsior, Hong Kong, in the year 2016.

In the most recent role Dolenc served as the hotel manager of the Landmark Mandarin Oriental, Hong Kong.

He felt delighted to be join the Mandarin Oriental, Macau team and was look forward to work with my energetic and dynamic colleagues. He wants to continuously elevate the luxury hotel experience and service standards in this ever-evolving dynamic city.