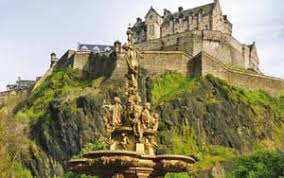 One of Ireland’s strongest growing industries is no stranger to the sudden ebb and flow of business that can be triggered by extreme weather, terror attacks and global health pandemics.

The rapid spread of coronavirus has people in the industry understandably nervous. The cancellation of the Six Nations match against Italy might be costing the IRFU up to €5 million, but it is costing the State’s hospitality sector much more than that.

And with Brexit putting a dampener on the numbers of visitors from Britain, anything that might deter valuable business from the United States is clearly a major concern.

Tourism Ireland boss Niall Gibbons has said he had “extremely serious” concerns over the potential effects. But Hospitality Ulster chief executive Colin Neill put his finger on the critical issue when he warned that fear of the virus must not “become bigger than the actual challenge”.

“It’s important to say to the industry ‘we have to take this virus seriously but not panic’. ”
And one of the ways to do that is to capitalise on what seems certain to be the reluctance of Irish people to travel abroad as long as uncertainty lasts about the spread of the virus.

A strong economy in the Republic, with near full employment, wage growth and recovered asset prices, means there is a strong and, for a while anyway, somewhat captive market to target.

Irish holidaymakers may not spend like the Americans but they are less likely to be shocked by local prices and, being closer to home, can plan for a number of shorter trips around the country.

As Neill puts it, fear will get us nowhere. No one is suggesting that the tourism sector and those who represent and market it should abandon their campaigns for foreign travellers, but Ireland has a story to sell and it might benefit by actively pivoting at least some of their marketing to an audience that, for now anyway, is available on the doorstep.