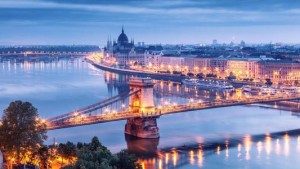 Budapest, the capital city and most populous city in Hungary marks the 7.4% increase of hotel occupancy by international tourists. While there is 10.7% increase in hotel stays by the domestic tourists. The total gross revenue has grown by 12% at current prices in accommodation.

There is also 10.4% rise in nights spent in commercial accommodation in Hungary by tourists in January 2018, when domestic tourists mostly drove the increase.

The month of February 2018 has compared to the same month of the previous year, the number of international tourist arrivals grew by 6.4% and tourism nights spent in commercial accommodation by 7.4%, approaching 777,000.

The annual turnover measured in tourism nights increased in each type of accommodation except holiday houses. The growth was 10% in hotels, realizing more than eight tenths of domestic tourism nights. The domestic ourist arrivals have decreased only at Lake Tisza. The room occupancy in hotels has increased by 3.1 percentage points to 50.9% in February.