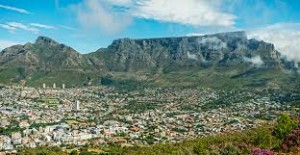 Derek Andre Hanekom, Tourism Minister of South Africa is quite confident in terms of the prospects for international tourism in 2019 now that the famine is over and the restrictive travel requirements related to children have been made stress-free for few countries.

Hanekom stated that these factors caused zero growth in overseas tourist arrivals in 2018, when compared to 2017.

“The drought affected, in quite a big way, the numbers of people coming to Cape Town, including those from countries mostly in Europe, such as the UK, Netherlands, Germany, and a few others. It was quite dramatic in the second half of the year,” Hanekom said.
Cape Town’s drought crisis and warnings about “Day Zero” influenced many tourists to keep the destination at bay, as did the difficult requirements of unabridged birth certificates for children travelling to South Africa.

Mayoral committee member for economic opportunities and asset management James Vos stated that the tourism efforts of the city had not only caused establishment of new businesses, but also the expansion of the existing ones.

“I’m excited about the future of tourism in our city. Our department is currently finalising the draft tourism development framework (TDF) for Cape Town which will be out for public participation early in the new year,” Vos said.

He explained that the TDF targeted to develop more community-based offerings that would develop the existing experience for visitors.

“Our focus will be to create sustainable jobs in a depressed economic climate, to create new job opportunities and to put measures in place to ensure long-term growth. The City, in partnership with Cape Town Tourism, is driving an initiative to showcase local neighbourhood businesses and to inspire travel to these growing areas as part of the new ‘Pocket-friendly Cape Town’ campaign (#pocketfriendlycapetown), which provides visitors and locals with tips on interesting things to do and places to see without spending a fortune,” he said.