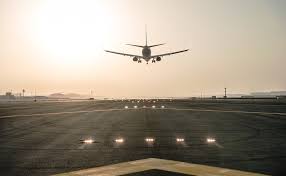 Nearly half the normal flights could be grounded when one of the two runways at the world’s busiest airport for international passengers will close for 45 days in April and May next year.
The southern runway at Dubai International Airport handled over 88 million passengers last year is “nearing the end of its design life”.

With the aim of boosting safety, service and capacity levels, the airport whose code is DXB will remain close from 16 April to 30 May for resurfacing and replacement of ground lighting.
The reduction in capacity is expected to be approximately 43 percent during the 45-day period at this point of time.
A spokesperson mentioned that it was too early to estimate the extent of the impact on passenger traffic as this will depend on how airlines respond to the capacity reduction.
Some passengers may decide to fly with a larger aircraft if possible, some could see their load factor increase both of which would influence passenger numbers.

In 2014 the airport’s northern runway underwent a similar programme and the passenger numbers were then around 65 million.
But today, the airport handles more than one third as many people. Dubai has an extensive operation from six UK airports : Gatwick, Heathrow, Birmingham, Manchester, Newcastle and Glasgow. Dubai is the hub for the Emirates and will launch flights from Stansted in 2018.

Between Heathrow and Dubai the British Airways schedules three Boeing 777s per day, the airline might replace them with larger Boeing 747 or Airbus A380 aircraft to carry similar number of passengers.
As per the airport the timing has been chosen when the passenger traffic historically ebbs due to seasonal lull.

Paul Griffiths, chief executive of Dubai Airports regretting the inconveniences caused to the airline customers and passengers that these upgrades are absolutely necessary to heighten safety, boost capacity and pave the way for future growth.

Some of the flights might switch to the emirate’s second airport, the Dubai World Central which is expanding.