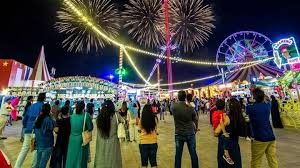 Nearby foreign destinations like Dubai, Thailand and Singapore are popular among Indian tourists flying abroad, but far-off places like Canada, US, Australia and Turkey also witnessed strong growth in 2019, as per a report from the Centre for Asia Pacific Aviation (CAPA).

The air traffic growth on the long-haul destinations was strong in spite of major carrier Jet Airways shutting down their operation in April last year.

Outbound leisure traffic to Australia increased by 12.4 per cent during the April-September period. In case of Canada, the growth was 22.2 per cent during April-August of 2019.

The report said, “New international services, particularly those launched by Indian carriers, have stimulated significant growth in visitor numbers in overseas markets. In recent months, Indian visitor arrivals to the Maldives and Turkey have seen tremendous growth after deployment of additional capacity”.

Bhutan, Cambodia, Maldives and the Philippines in Asia-Pacific region came up as hotspots among Indians going for vacation.