During World Cup 2018, overseas tourists in Russia to burn up almost $2bn 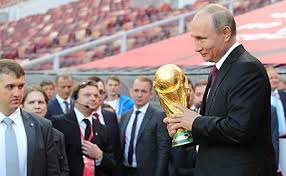 He expressed his self-confidence in terms of Western sanctions which won’t affect the event. “There’s politics, there’s the economy, and then there’s the life of regular people. The demand for a global competitive sports event, such as the World Cup, is always high,” Oreshkin said.

As per the Association of Tour Operators of Russia, around 400,000 foreign tourists will enter Russia for the World Cup in June-July 2018. The emergence of tourist influx in Russia will carry on, with a 20-percent rise expected next year.

Oreshkin explained that the modernization of infrastructure for the World Cup will have a positive impact on different sectors of the financial system and the quality of people’s lives.

“With the construction of modern hotels, airports, roads, the population’s activity in regional centers will rise. It will be easier to do business in, let’s say, Nizhny Novgorod or Rostov-on-Don. The cities will transform as well.”