Dusit International celebrates the opening of its first hotel in Vietnam 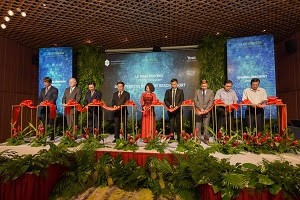 Dusit International, one of Thailand’s foremost hotel and property development companies, has officially made its Vietnam debut with the opening of Dusit Princess Moonrise Beach Resort on the country’s largest island, Phu Quoc.

The centerpiece of the resort is a large infinity pool with ocean view, set within a lush tropical garden. Other facilities include a fully equipped gym, a kids’ club, a large ballroom accommodating up to 190 people, and Luna Thai Spa (opening in July 2018).

To celebrate its opening, Dusit Princess Moonrise Beach Resort is offering introductory rates starting from USD96 per night, available for booking until 31 October 2018.