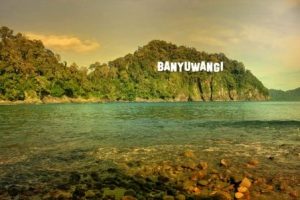 East Java’s city Banyuwangi has been hailed as the best festival city by the Tourism Ministry because of a high increase of annual tourism events.

Tourism Minister Arief Yahya said that in 2012, Banyuwangi only held 12 events. In 2018, the number skyrocketed to 75 and this year there are to be 99 events in the region.

Aside from its attractions, the regency is also continuing to develop infrastructure and facilities to support tourism activities.

Tourism Minister Arief Yahya said that at the end of 2018, the low-cost carrier Citilink started flying from Banyuwangi to Kuala Lumpur in Malaysia.

The domestic routes from the city to Jakarta and Surabaya are also available. Such a move would boost foreign and domestic tourist arrivals in the region, he added.

Meanwhile, the months of April, September and October are to encompass the most event-packed period, with events like the Toilet and Kali Bersih Festival, Keboan Festival, Ngopi Sepuluh Ewu Festival, Anak Soleh Festival and Merah Putih Festival.