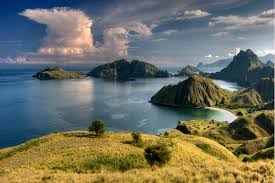 East Nusa Tenggara (NTT) provincial administration has taken a resolution to boost the local tourism industry as it is now in the process of developing digital platforms aiming to bolster efforts to promote tourism.  In cooperation with the Institute of Computer and Information Management (STIKOM) Uyelindo Kupang and Satya Wacana Christian University (UKSW) in Central Java, the NTT Tourism and Creative Economy Agency is developing website and application.

Wayan Dawmawa said that this application is to sell tourism packages and products made by creative economy communities in the province. Both the website and the application are aimed at speeding up promotion of local tourism as well as opening both national and international market access for creative businesses in East Nusa Tenggara, which in turn will empower local economies.

Wayan said that this is indeed a new system, but it is a solution to boost tourism in NTT, which is the prime mover of the region’s development.

East Nusa Tenggara is the country’s southernmost province, comprising the eastern portion of the Lesser Sunda Islands. The province has more than 500 islands, with the largest ones being Sumba, Flores and the western part of Timor, which shares a border with Timor Leste. Among the most famous tourist destinations in the province are Labuan Bajo, which is on course to becoming one of the government’s five “super priority” tourist destinations, and Komodo National Park.