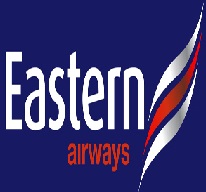 The airline is said to have been operating a number of routes on behalf of Flybe.

From October 29 onwards passengers wishing to board flights from the Humberside Airport-based regional airline can book via flybe.com, it also provides access to the travel agents via the GDS under the BE code. Those intending to fly before can book via easternairways.com.

The deal is expected to benefit both the airlines, the Flybe’s route network will be strengthened while the Eastern Airways’ distribution channel will expand.

Mathew Herberg, the head of commercial Eastern Airways’ said that franchise partnership is expected to expand the sales distribution of the route network with the help of Flybe brand. It will reach out to a wider audience of customers who have just entered the Eastern Airways operated services.

The customers are going to experience greater connectivity with the BE flight code to the Flybe’s routes with the global airline associated network with one single and seamless booking. It will also provide online check-in.