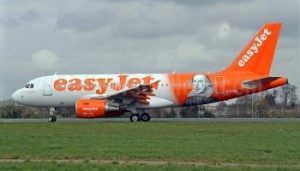 EasyJet has grounded its entire fleet of planes and said it cannot give a date for when they will restart. The budget airline said it had made the move due to the unprecedented travel restrictions imposed by governments globally due to the virus pandemic.

It had already cancelled most flights but had been running rescue flights to repatriate Britons stranded abroad.

This move came as regional airline Loganair said airlines were unlikely to survive without a government bailout. The pandemic has had a severe impact on airlines, Loganair boss Jonathan Hinkles told.

He said that any airline saying it could survive without government help “would probably be lying”. EasyJet said its cabin crew would be furloughed, with staff paid 80% of their wage from 1 April through the government’s job retention scheme.

The budget airline’s boss Johan Lundgren said he was “working tirelessly” to make sure the airline was “well positioned to overcome the challenges of coronavirus”.

EasyJet’s headquarters are at London Luton Airport and it has 331 planes. In normal times, it serves 159 airports and 1,051 routes.