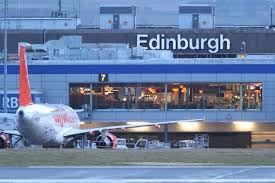 Edinburgh airport welcomed over 14 million people recording a 6.5 per cent rise over the last year 2017. It is the busiest airport of Scotland and saw international growth of 9.5 per cent and domestic growth by 2 per cent.

For the first time, more than one million passengers set foot in December in Edinburgh airport. It is an 11 per cent increase from 2017 on the same month.

Chief executive Gordon Dewar said: “New routes and destinations for 2019 have already been announced and we’ll continue to add growth where we can.” He adds that the record numbers highlight the incredible appetite there is for travel to and from Scotland.

Some of the challenges are infrastructure and the uncertainty around Brexit. He says that it is crucial to preserve access to that single aviation market that allows flights to pass freely through European skies, connecting Scotland to the whole of Europe.

Movement on the pledge to cut Air Passenger Duty is important to stay competitive against other nations and harness the full potential of this industry.  It will help to boost economy through tourism. The airport is working on the short and long-term solutions to improve access and see another successful year.