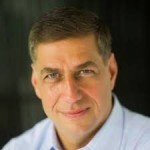 A keen sailor who is no stranger to island life, Linsley has circled the globe, touching down on all seven continents, including a recent trip to Antarctica. Linsley’s hospitality career also includes a wealth of resort experience acquired in destinations such as Vietnam, Bali and Hawaii.

“I have worked in so many incredible locations around the world, but the beauty of Seychelles is hard to rival,” says Edward Linsley. “Since arriving to Seychelles in May last year, I have had chance to explore several of the islands, which has not only allowed me to admire spectacular scenery, but also to learn more about the rich nature and culture that exists here. Our resorts in Mahé and Desroches offer such differing experiences, with the 6 kilometre (3.7 mile) coral island of Desroches inviting adventure and discovery, while the treetop villas of our Resort in Petite Anse welcome relaxation and time to rejuvenate. I am very proud to now be leading our two properties in such a world-class destination.”

Linsley originally joined Four Seasons in 1990, and quickly made his mark in progressive management positions in both urban hotels and island resorts over a period of 21 years. Time away from the company included general manager positions in Bali and The Nam Hai in Vietnam (which is now a Four Seasons resort), and prior to returning to Four Seasons in 2017, he was managing director at Rosewood Little Dix Bay in the British Virgin Islands.