Eiffel Tower reopens after being shut for two days 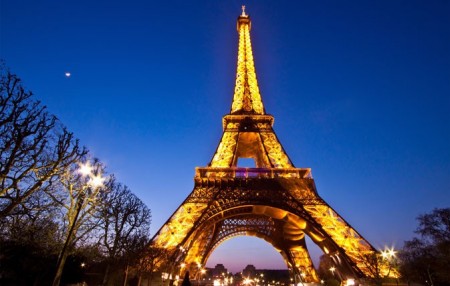 The iconic Eiffel Tower of Paris was shut down to tourists for a second consecutive day on Thursday owing to a dispute between workers and management.

The monument was closed since Wednesday afternoon as unions had locked horns with management over decision to assign separate elevators to visitors with pre-booked tickets and those who would be able to buy them on site. At the same time, the tower now sets aside half of the daily tickets for internet customers, up from just 20 percent previously.

Workers said that the changes have resulted in lopsided queues that might extend to three hours for those waiting to pay for tickets and up to an hour for internet customers who were supposed to have some reserved time slots.

The tower is one of the most popular attractions in the world and tourists who turned up hoping to see the city from the top were clearly disappointed.

The tower’s 300-strong staff have staged strikes repeatedly in recent years over issues including pickpocketing and maintenance work.

Visitors were permitted access to the world-famous landmark at 9.00am on Friday morning after management and unions announced they had reached an agreement that could end the dispute.

The tower’s operator, SETE, which is part owned by the Paris city council, claims that queues are no worse than before, even as visitor numbers have risen, with more than 6.2 million tickets sold last year.

It apologised to tourists who had not been able to visit the tower on 1-2 August and promised to refund people who had bought tickets.