Emirates announces the launch of Mexico City service, via Barcelona 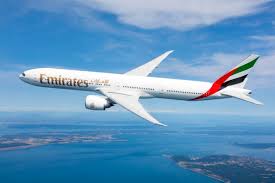 Now reaching Mexico City is possible through Emirates as it has launched its first passenger flight to Mexico. With over 300 passengers Emirates flight EK255, departed at full capacity which was led by a group of VIP guests and media on board, at 03:30.

Salem Obaidalla, Emirates’ senior vice president commercial operations for the Americas was also on board.

The first leg of the Mexico City flight was commanded by captain Abdelrazaq Alfahim, a UAE national, and captain Gabriel Noltenius Hahnel, a Mexican national.

The aircraft utilised for the inaugural flight was Emirates’ newly refurbished two-class Boeing 777-200LR and the  flight will stop in Barcelona before continuing its journey to Mexico City.