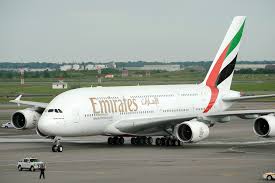 Emirates still has the right to offer flights to Mexico City, the Dubai state-owned carrier said on Sunday, after Mexican airline Aeromexico disputed an agreement between the United Arab Emirates and Mexico.

Emirates said earlier this year it would start daily flights to Mexico City International Airport via Barcelona in December, the airline’s first service to Mexico.

But a Mexican federal judge ruled in October, responding to a complaint by Aeromexico, that a 2016 pact between Mexico and United Arab Emirates did not meet proper legal requirements, according to a court order.

Emirates said that decision was being appealed. Emirates spokeswoman said in a statement said that  they firmly believe that the (memorandum of understanding) is valid and the ruling of the court will be the subject of an appeal by the Government of Mexico. Pending the outcome of this appeal all our rights remain valid and in force.”

Aeromexico declined to comment. Mexico’s Communications and Transport Minister, Javier Jimenez Espriu, said last week that Emirates could offer service to Mexico City without legal obstacles because the 2016 agreement remains valid. Emirates has no legal impediment to operating the flight,” he said in comments to reporters published in newspaper El Financiero on Wednesday.